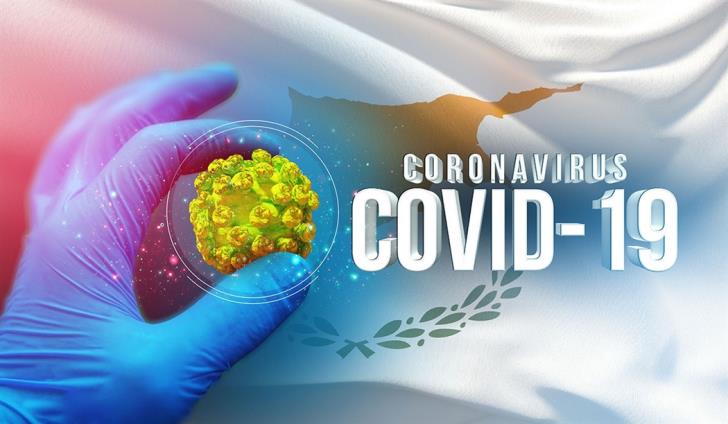 The COVID-19 pandemic was confirmed to have reached Cyprus in March 2020. The released data from the Cyprus government includes cases in the British Sovereign Base Areas, but not cases in Turkish-occupied regions due to a long-running dispute.

On 12 January 2020, the World Health Organization (WHO) confirmed that a novel coronavirus was the cause of a respiratory illness in a cluster of people in Wuhan, China, which was reported to the WHO on 31 December 2019. The case fatality ratio for COVID-19 has been much lower than SARS of 2003, but the transmission has been significantly greater, with a significant total death toll.

On 9 March 2020, Cyprus confirmed its first two cases: a 25-year-old man from Limassol who had
returned from Italy and a 64-year-old health professional from Nicosia who had returned from the UK.

On 11 March, Cyprus confirmed four more cases: two Greek Cypriots who returned from the UK the day before and one taxi driver from Paphos, whose grandson was also hospitalised. All three men were taken to Famagusta General Hospital. The fourth case was in self-isolation at home.

On 13 March, 11 new cases were confirmed. President Nicos Anastasiades, in a special appearance, announced the closing of all borders except for nationals for 15 days from 15 March. This was the start of the lockdown for the island to prevent further cases entering the country.

On 23 March, further restrictions were enforced onto the population including a sms system requiring permission to leave permanent residency. Legitimate reasons were to visit a doctor, essential shopping, visit pharmacy to collect medicines and to exercise. Only one trip per person a day was allowed.

Because of the strict regime imposed by the Cypriot Government, new Covid-19 cases declined and the first day that no new cases were reported was on 23 May.

In early May, repatriation flights for Cypriots and legal Cypriot residents in the UK began; upon arrival, all those coming back into the country are required to spend at least two weeks in quarantine at certain hotels which have been designated and funded by the government.

On 21 May, the lockdown ended and repatriation flights continued, although those coming back to the country no longer have to be quarantined for two weeks. The government also announced that airports will reopen on 9 June, though flights from countries heavily affected by the virus—most notably the UK and Russia, from where Cyprus’ two biggest tourist groups come but will not be permitted until further notice.

Over the last few weeks restrictions have been lifted in phases and the Island has started to return to some sort of normal. There are still restrictions and some new rules but these have been put into place to try and restrict a new spread of the virus but also allow visitors back onto the island.

We are at a stage now where most things have returned to “The New Normal”, which means most things are open with new rules regarding social distancing, total numbers allowed to attend and the main difference is what the workers have to wear to help protect you, the general public. What does that mean for you as a visitor to our beautiful Island? Once you have arrived at the hotel, you will be met at reception by one of our fantastic reception staff, who will inform you of any new or recent changes to any of the rules and regulations in place. Unfortunately, this could be through a transparent partition, similar to that of a bank which will allow our reception staff to be able to communicate clearly with you without wearing a mask. As usual we will need to check you in, so whilst waiting in reception we will need to ask you to social distance by 2m until we can get you through the check in process as quickly as possible, then its off to your rooms to settle in and get ready to enjoy your stay with us.

At the time this went to print, the following rules and regulations are to be implemented. All staff and workers are to wear face mask and gloves with a regular hand cleansing process. All umbrellas are to be positioned 4m apart allowing for 2m distance between sunbeds under different umbrellas. Distance between tables are to be 2m apart but if a single-family use different rooms, tables can be put together in that instance. So, as you can see, we are not implementing anything different to what you should be used to by the time you arrive here.

As the rules and regulations change, we will inform you all via the website as well as our social media pages, if you have not already been to our Face book page please join/like one of our many pages

FIND US Where We Are

In the Heart of Protaras

RECEIVE NEWS AND UPDATES FROM OUR HOTEL Stay in Touch